Influencer marketing has proven to be one of the best ways to quickly build your brand online and raise awareness among your target audience. Today, brands have much to gain by engaging in influencer marketing and its benefits go beyond the exposure you get. Building credibility and trust, improving brand awareness, effectively reaching your target audience and driving high ROI, influencer marketing can have a multitude of positive effects on your brand. However, when it comes to deciding who to work with, knowing where to look and how to look for can be difficult and time-consuming.

Who are those influencers?

Macro-influencers are defined as people who have an audience between 100,000 and one million followers on a particular social media channel. Due to their impressive following, macro-influencers are considered as “celebrities” in the influencer marketing industry and can reach outstanding numbers of people with a single post.

One advantage of using macro-influencers is that if you’re looking to target a certain type of audience, but still want to reach the masses, then they might be more useful than micro or nano influencers. They are a perfect fit for brands looking to achieve brand awareness.

Micro-influencers are smaller-scale personalities, just a step under macro, with an audience between 10,000 to 100,000 followers. Renowned to connect quite well with their audience, it’s been shown that micro-influencers act more as a key opinion leader people trust nearly as much as our friend’s and families’ opinions. With their loyal followers base of people who trust them, micro-influencers are great opportunities for brands who are looking for higher engagement rates instead of reaching the masses.

In contrast with macro, micro-influencers are more affordable and can generate creative content more relevant and relatable to their niche audiences.

When choosing an influencer to collaborate with, nano-influencers will be much more affordable than macro and micro and will create more intimate relationships with their niche audience.

Who are they speaking to and how engaged are they?

Understand influencers community and knowing the audience they are speaking to is central to ensuring the right outcomes. If your influencer’s audience demographics fit your target audience, you can learn what they respond to by analysing the influencer’s content:

– Check photos and see if users are liking and commenting.

– Verify if some users are asking about the product in the photo.

– Check brands they’ve mentioned or worked with in the past.

Forget about vanity metrics and focus on valuable metrics. Instead of focusing on follower numbers, it’s much more important to look into influencers’ engagement, response rates, trust, and authenticity. Following them on social media, you can check the discussions they have on their posts with their followers and what content performs better.

Engagement rate is one of the most commonly used criteria when selecting influencers for a collaboration. An influencer’s credibility is a great indication of whether or not their profile is interesting for a brand and its target audience.

Although all macro micro and nano influencers are going to be beneficial for your brand, what matters the most is to make sure the influencer you choose will be aligned with your goals. Like the start of any campaign planning, you’ve got to set up goals. Do you want visibility or attract a new target market? Do you want to generate more profits?

Your choice of influencer will depend on your selected KPIs:

– If you’re looking to increase brand awareness, you should better collaborate with macro-influencers who can reach higher number of users.

– If you want to generate higher engagement rates and boost sales, you should better collaborate with micro-influencers who operate in a niche market and who impact an audience that trusts them as friends or families.

– If you want to drive more customers to your local business, you should better collaborate with nano-influencers who are followed by local communities.

If you need help to define your influencer marketing goals or in choosing the right influencer for your marketing campaign, contact us now.

Get a grip on influencer analytics with Narrators intuitive platform 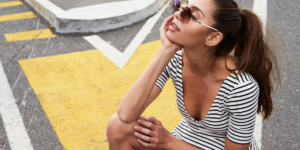 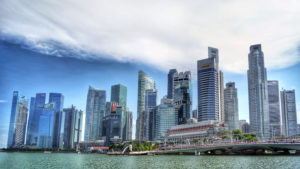 THE POWER OF INFLUENCER MARKETING IN SINGAPORE

Get a grip on influencer analytics with Narrators intuitive platform

Influencer marketing is one of the most effective strategies to increase your brand’s visibility, credibility, awareness, and ROI. But how do you know if

Influencer marketing has proven to be one of the best ways to quickly build your brand online and raise awareness among your target audience. Today,

In today’s world, learning how to work with the very human dynamics of people on the Internet is a real challenge. Internet service had been

An overview in 20 minutes to learn what Narrators can do for you.
Request a Demo

Earn cash doing what you like and work with iconic brands.
Learn More

Made with ❤ by One9Social Pte Ltd